With its exquisite office spaces in the most sought-after and best locations in Berlin, Satellite Office invites you to immerse yourself in the grandiose business world of the capital. We are represented 4 times with our luxurious business centers in the finest districts of the world-famous metropolis. You dream of an impressive office in Berlin-Mitte, near the Brandenburg Gate? Or are you more attracted to the noble Kurfürstendamm as an office location? No matter what you choose, one thing is certain: Satellite Office's business centers are a guarantee for your success thanks to their 1AA location, high-quality interior design and comprehensive range of services.

From generously sized individual offices to spacious team offices to extra-large executive offices - we have what you need. And the good thing is: all office spaces are fully equipped and convince with a noble interior design, which is aimed at maximum comfort and absolute productivity. Even better: Our office space is available for direct occupancy, flexible booking for short or long periods. If needed, the Open Spaces also provide additional coworking space or dedicated meeting and conference rooms for meaningful meetings. This means you are perfectly equipped for any business situation at any time.

Satellite Office networked.
If you want to enrich your network with unique business contacts, Satellite Office in Berlin is the right place for you. Almost on every corner you can find successful company founders of the past, present and future, who could soon become your business partners or customers. Because every day is networking day here! 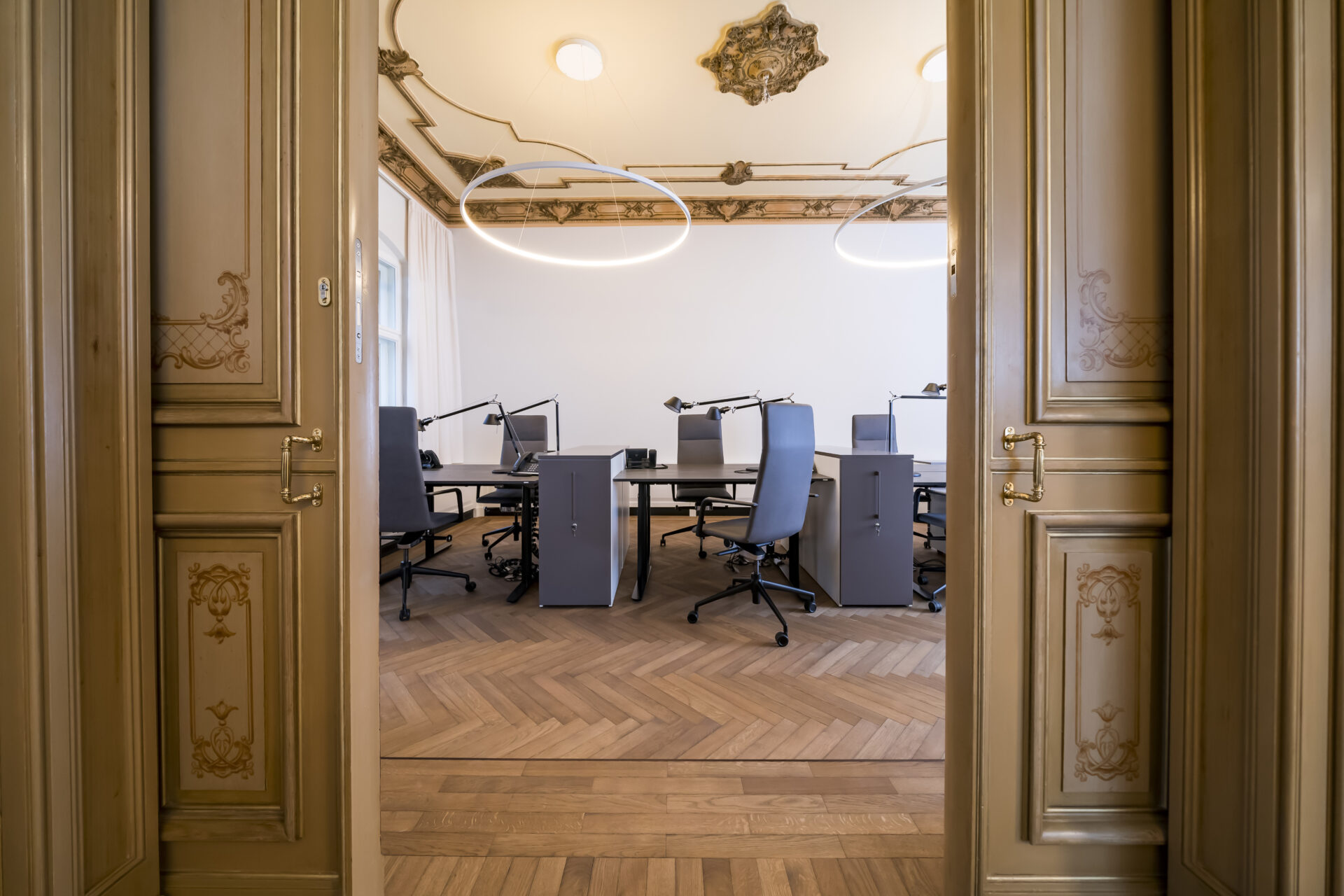 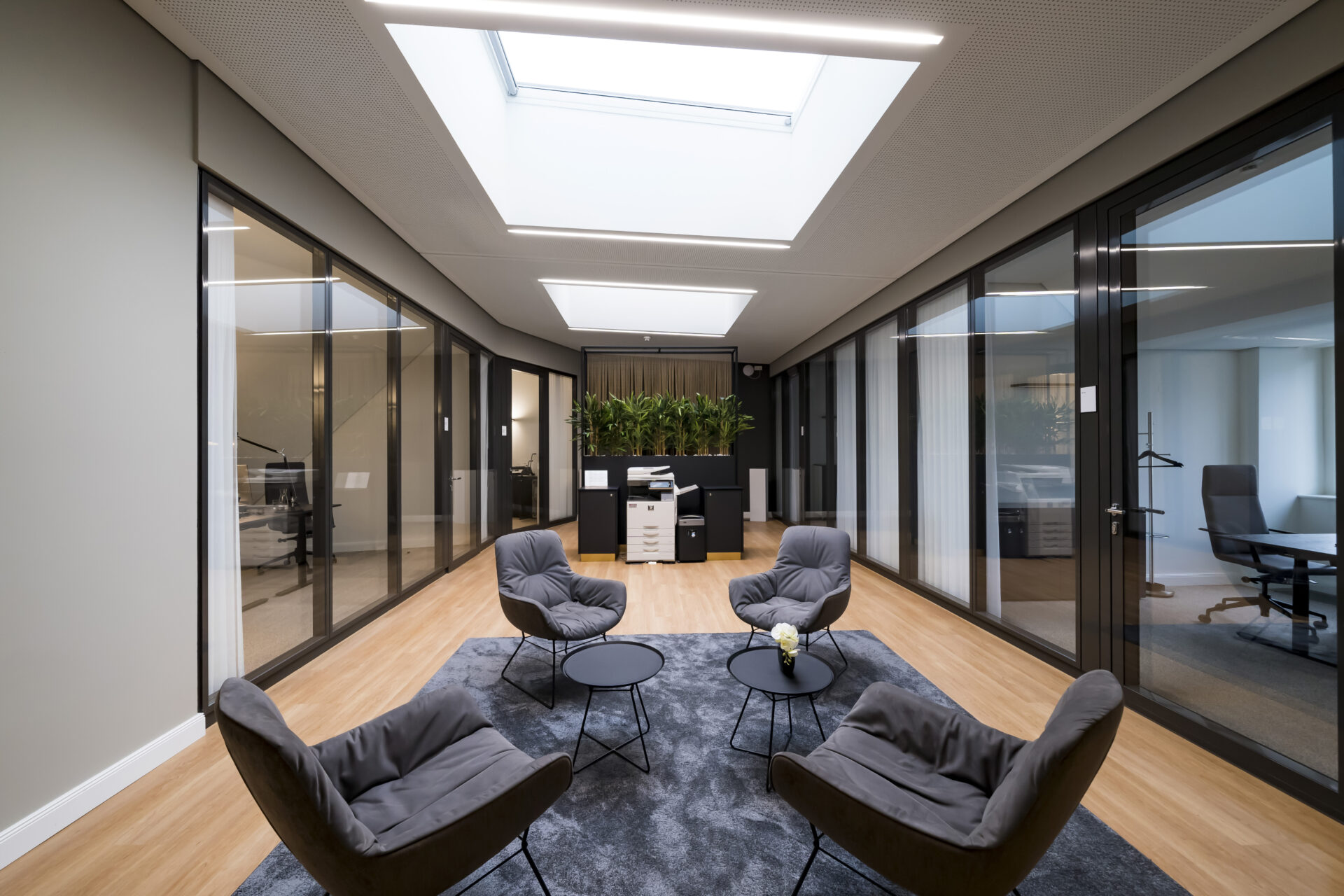 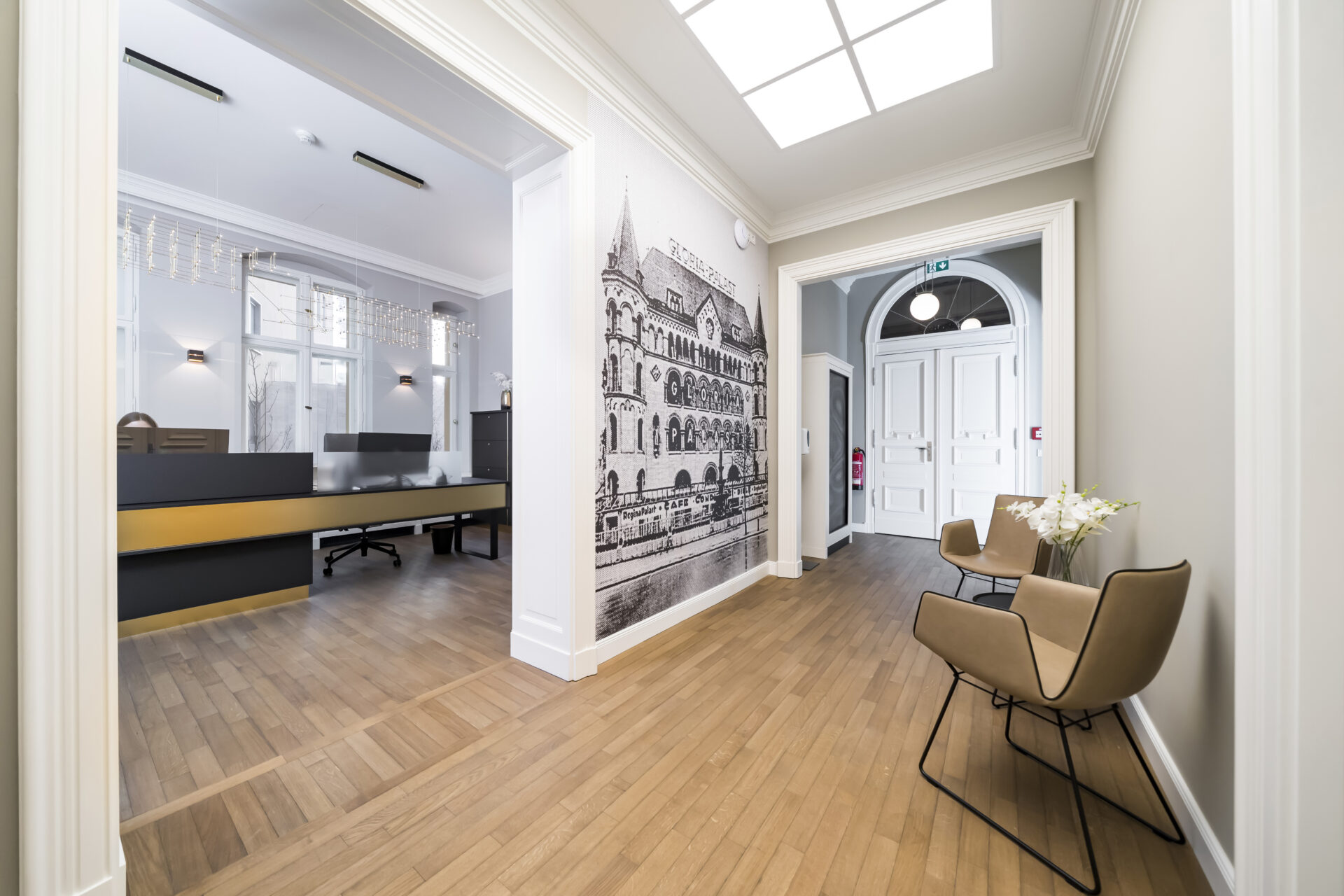 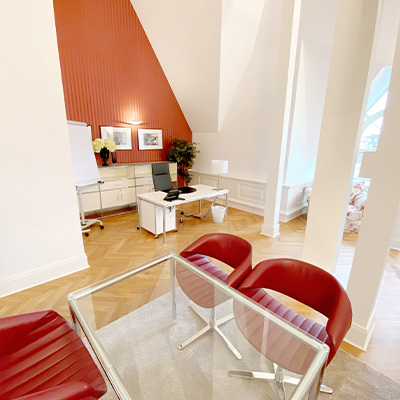 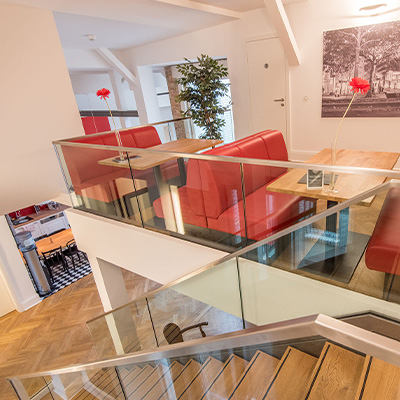 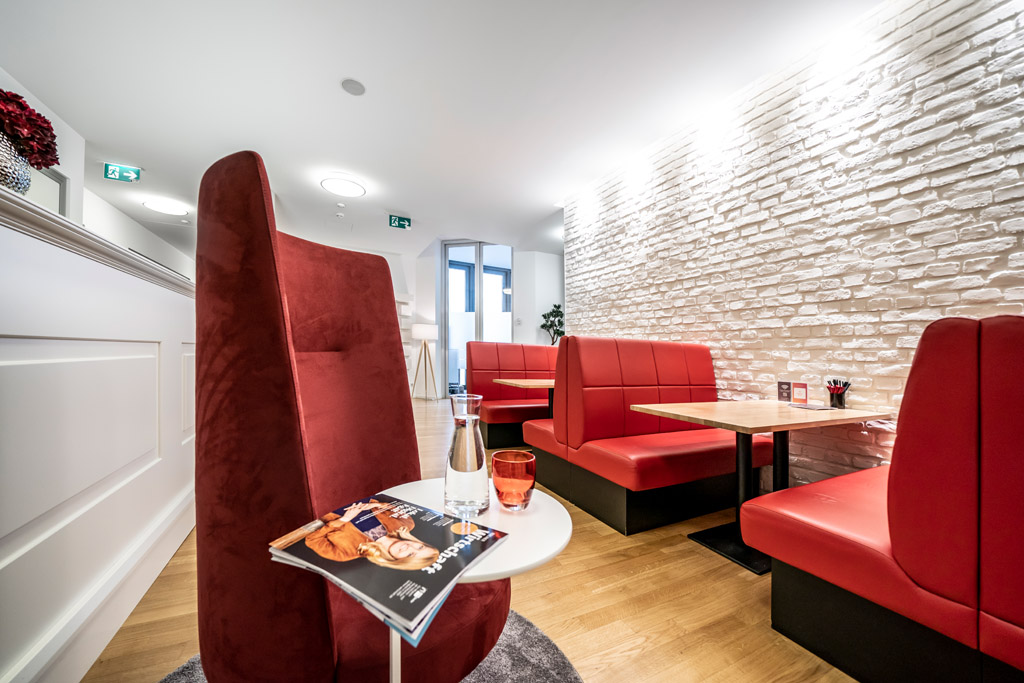 In Berlin-Mitte and around Kurfürstendamm you will find the most exclusive and prestigious office spaces in all of Berlin - especially at Satellite Office. Whether Kurfürstendamm 15 or 194 in the Berlin-Charlottenburg district, whether Unter den Linden 10 or Französische Straße 12 in the Berlin-Mitte district - there are hardly any better addresses for representing your company from the capital.

Legendary, legendary, KUD15 Gloria! Once you have set foot in this magnificent Art Nouveau building at the famous Kurfürstendamm 15 in the heart of Berlin, you would prefer never to leave its noble grounds again. This is where Berlin history meets the modern business world: original stucco ceilings, tiled stoves, historical symbolic images and right in the middle of it all: 42 first-class equipped and puristically designed offices for absolutely concentrated work, just waiting to become contemporary witnesses of your success.

Not far from KUD15, on the other side of the Ku'damm, is another historic office property from Satellite Office, which beguiles each of its visitors with its special flair of old Berlin. Haus Cumberland at Kurfürstendamm 194, which was named in honor of Ernst August II of Hanover aka 3rd Duke of Cumberland, is one of the most representative buildings of the imperial era. Its office space is permeated by 50 offices designed for absolute peace and security, where company founders as well as business leaders can write their own success story in the capital.

The Römischer Hof, located directly on Berlin's boulevard Unter den Linden, is another highly regarded Satellite Office property. - and even with a wonderful view of the Brandenburg Gate. Hidden behind the facade of a former luxury hotel, luxury office space awaits you. In addition to the tasteful design of the 40 high-quality furnished offices, you can count on a working environment designed to help you achieve maximum productivity. This is where style literally meets effectiveness.

Another top address in the middle of the capital is the Kaiserliche Postdirektion, which can be found at Französische Straße 12, not far from Friedrichstraße and Gendarmenmarkt. Imperial working is the order of the day in this imposing office property. 27 generously proportioned and stylishly designed offices and huge coworking spaces with plenty of room for your success will help you achieve this.

Only the best service for your office in Berlin

Our professional team of employees is always at your disposal so that you can concentrate on the essentials of your business. Our unbeatable service offers are manifold: Whether local telephone service, mail and parcel service or reception of your visitors: At any corner you will be relieved in the best possible way. Since our leases are flexible, you may even have the option of renting meeting space in addition to your office for important meetings and negotiations, depending on your needs. This way, you are always well prepared when success knocks on your door.

If you are looking to rent our office space, you don't have to worry about annoying minimum terms or hefty commissions in your lease. So they can remain flexible in time and location, Satellite Office easily adapts to you and your business lifestyle. No matter if for several days, weeks or months - you can rent an office with us in Berlin for as long as you need. Furthermore, depending on the type and size of the space you choose for your future office location, you can adjust the rental price to your needs and circumstances. That's what we call flexibility at its best!

"Welcome to Satellite Office in Berlin. I will be happy to answer any questions you may have about our four satellite offices in the capital. I look forward to your call or contact request."